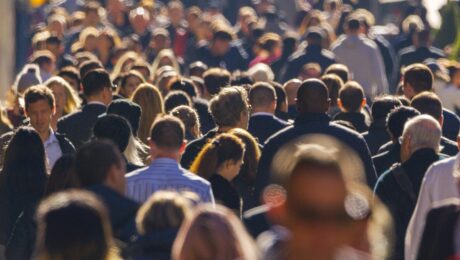 The UK unemployment rate has fallen to its lowest level in nearly 50 years, according to the Office for National Statistics

Unemployment rates fell to 3.5% for June to August, the lowest recorded rate since early 1974. In the quarter, the number of unemployed people per vacancy fell to a record low of 0.9%.

Growth in average total pay (including bonuses) stood at 6%, and regular pay was 5.4% among employees from June to August 2022. This was the strongest growth in regular pay seen outside of the covid-19 pandemic period, the ONS said.

However, in real terms the value of regular pay fell by 2.9%, the steepest fall since comparable records began in 2001.

Economic inactivity jumped to 21.7%, an increase of 0.6% from the previous quarter. This was driven largely by students aged 16-24, and those suffering from long-term sickness, aged 50 to 64 years.

Louise Murphy, an economist at Resolution Foundation, said: ‘A tight labour market is delivering stronger pay growth and reducing unemployment to a near 50-year low.

‘High inactivity and strengthening pay growth present huge challenges for monetary and fiscal policymakers as they seek to cool inflation, boost growth and put the public finances on a sustainable footing.’

Martin McTague, national chair, FSB, said: ‘It’s concerning to see that the number of those economically inactive due to long-term sickness is at a record-high – this is a stark reminder that more needs to be done to support people with long-term sickness into employment, which is crucial to our economic growth.

‘Despite the number of job vacancies falling, we’re still seeing an extremely tight labour market with over 1.2 million unfilled jobs across the country.’

Due to economic uncertainty, and rising interest rates and inflation, McTague added that these factors continue to limit small business’ ability to grow.

‘What small firms need now is a holistic approach to skills and training. Maintaining Skills Bootcamps in the long term and enabling small businesses to automate processes by continuing to ensure that R&D tax credits can be claimed without needless administrative hurdles should help.’