by admin@rmiaccountancy.com / Monday, 30 May 2022 / Published in Uncategorized 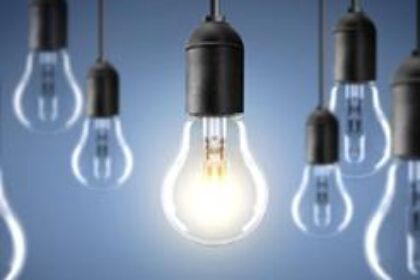 In a bid to tackle the cost of living crisis, the Chancellor has announced a £15bn package of support with one-off payments for pensioners and lowest income earners, and doubled the £200 energy bill support

The measures will see one-off payments of £650 for low income earners, £300 for pensioners and a further £150 for disabled people.

Stressing that the energy crisis was affecting the majority of people in the country, he also changed the £200 loan for electricity bills, doubling it to £400 and removing the requirement to pay it back.

Chancellor Rishi Sunak said: ‘To help with the cost of living we are going to provide significant targeted help to those with the lowest incomes, pensioners and the disabled. We will send directly to eight million of lowest income households a one-off payment of £650. The DWP will make the payment in two lump sums, in July and later in the year, and HMRC will make payments to those on tax credits.

‘There is no need for people to fill out complicated forms or bureaucracy – we will send the payment straight into their bank accounts.’

The package also includes support for pensioners and disabled people.

‘From the autumn, we will send over eight million pensioner households who receive the winter fuel payment – an extra, one-off pensioner cost of living payment of £300,’ the Chancellor said.

‘Disabled people also face extra costs in their day-to-day lives – like having energy-intensive equipment around the home or workplace.

‘So, to help the six million people who receive non-means tested disability benefits, we will send them, from September an extra, one-off disability cost of living payment, worth £150.

‘Many disabled people will also receive the payment of £650 I have already announced, taking their total cost of living payments to £800.

The Chancellor also confirmed that benefit payments will rise in line with the September 2022 CPI figure for payments starting in April 2023. In addition, the triple lock will apply to state pensions.

Recognising the extent of the cost of living crisis, the £200 loan for electricity users becomes a grant, and the amount will be doubled to £400 from October.

‘The plan was to provide all households with £200 to help with bills, which was repayable. This support is now unambiguously a grant and the support will be doubled to £400 and not a penny to repay,’ he said.

This support will apply directly for households in England, Scotland, and Wales. It is GB-wide and there will be equivalent support for people in Northern Ireland.

‘We are raising emergency funds to help millions of the most vulnerable families who are struggling right now,’ the Chancellor said. ‘And all households will benefit from universal support for energy bills of £400 – with not a penny to repay.

‘Combined with the plans we’ve already announced…that means we are supporting families with the cost of living to the tune of £37bn or 1.5% of GDP. That’s higher or similar to countries like France, Germany, and Italy.’

Robert Pullen, a partner at Blick Rothenberg, said: ‘After weeks of denials, delay and dithering, the government finally announced a spate of cost-of-living support measures today, ranging from giveaways of £650 per household to converting the previously announced discount on energy bills from a loan to a grant.

‘The total cost of all the measures announced this year is now estimated by HM Treasury to be £37bn, which is equal to the total income tax paid through self-assessment tax returns for 2021/22.

‘Rishi also appears to have learnt from the calamitous administration problems created with previous measures, as we are told the process and paperwork will be far simpler.

‘However, the devil is in the detail and it is possible that many other individuals could miss out on support entirely or receive very little.

‘Whether Rishi will announce further support, or changes to the tax system more widely such as a speculated reduction in the income tax rate or increases to the long frozen basic rate band, which is being severely eroded by inflation, remains to be seen.’

Nigel Morris, employment tax director at MHA, said: ‘While the government has lived up to their promise of evolving their response to the cost of living crisis, as demonstrated by a windfall tax on energy companies and the UK’s energy bill grant doubling to £400, a more rapid rethink on taxes and businesses incentives is urgently required to prevent an impending recession.

‘Reducing the standard National Insurance contribution (NIC) rate back to 12% and lowering the income tax rate from 20% to 19%, even if only temporarily, would provide some much-needed relief for businesses and families across the UK. As demonstrated by the temporary VAT cut from 17.5% to 15% to tackle the 2008 financial crisis, short-term solutions can be highly effective to introduce vital relief and should be considered in the current climate.’ 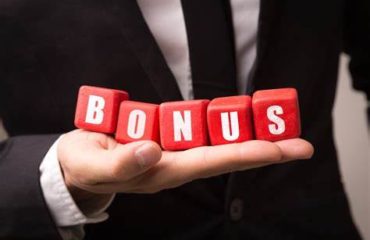 Bonus of £1,000 to help businesses take on trainees