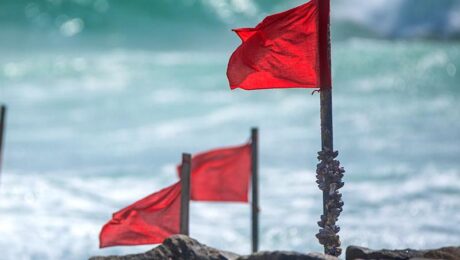 In the drive to catch bounce back loan fraudsters, bankruptcy restrictions totalling 48 years have been given to five individuals who took £198,894 in Covid-19 financial support

In each of the five cases, the bounce back loans were either wrongfully obtained through overstating their businesses turnover, or on behalf of a company that had already ceased trading prior to the pandemic, or were simply misused for personal use rather than legitimate business spending, the Insolvency Service said.

Charlene Wilson was a self-employed beauty therapist based in Jarrow. She received a £50,000 bounce back loan by overstating her turnover and spent around £15,000 on personal expenses. She has accepted bankruptcy restrictions for eight years.

Georgiana Cercel ran a beauty business from her home in Lincoln while studying full-time. She received a £50,000 bounce back loan by overstating her business turnover, and gave £10,000 to her sister. She is subject to bankruptcy restrictions for 10 years.

Florin Bodale worked as a building contractor through his company Varga Construction. He obtained a £50,000 bounce back loan by overstating his turnover, although he told investigators he believed he had been asked for total turnover for the previous three years. However, this amount would still have been less than half the turnover he stated. He has accepted a 10-year bankruptcy restrictions undertaking.

Sarah Sweeting ran a farm shop home delivery service from October 2020. She obtained a £22,000 bounce back loan despite not being eligible as businesses had to have been trading prior to March 2020. Of the £22,000, she transferred around £14,000 to her husband. She has accepted a 10-year bankruptcy restrictions undertaking.

Abbas Moradmand ran a tyre business from 2018 to 2019 then worked as a taxi driver. After a short closure the business re-opened and continued to trade under new ownership. However, Moradmand secured a bounce back loan of £26,894 to which he was not entitled as it was based on an application on behalf of his former tyre business. He has accepted a 10-year bankruptcy restrictions undertaking.

Their bankruptcy restrictions mean none of the individuals are able to borrow more than £500 without disclosing their bankrupt status. They also cannot act as a company director without permission from the court.

In each of the above cases the local official receiver is working on potential recovery action.

Kevin Read, official receiver at the Insolvency Service, said: ‘In all of these cases it was obvious, or it should have been obvious, that they either misused the bounce back loan for personal benefit, took a larger loan than they were eligible for, or weren’t eligible for a bounce back loan at all.

‘This is taxpayers’ money they have abused and we will not hesitate to impose bankruptcy restrictions in these circumstances.’

Borrowers of Bounce Back loans given six more months for repayments 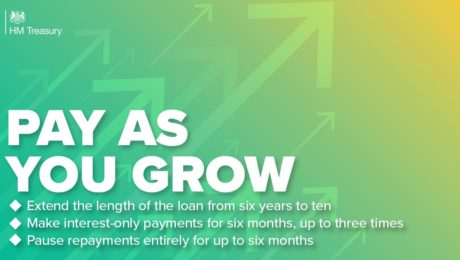 Businesses that took out government-backed Bounce Back loans to get through the coronavirus (COVID-19) pandemic will now have greater flexibility to repay their loans, the government has announced.

The Pay as You Grow repayment flexibilities now include the option to delay all repayments for a further six months. This means businesses can choose to make no payments on their loans until 18 months after they originally took them out.

Pay as You Grow will also enable borrowers to extend the length of their loans from six to ten years, which reduces monthly repayments by almost half.

They can also make interest-only payments for six months to tailor their repayment schedule to suit their individual circumstances.

The Pay as You Grow options will be available to more than 1.4 million businesses which took out a total of nearly £45 billion through the Bounce Back Loan Scheme (BBLS).

The Chancellor of the Exchequer, Rishi Sunak, said:

‘Businesses are continuing to feel the impact of extended disruption from COVID-19, and we’re determined to give them the backing and confidence they need to get through the pandemic.

‘That’s why we’re giving Bounce Back loan borrowers breathing space to get back on their feet, through greater flexibility and time to repay their loans on their terms.’

The Bounce Back Loan Scheme (BBLS) has provided support to many UK-based small businesses. Loans are between £2,000 and £50,000, capped at 25% of turnover, with a 100% government guarantee to the lender. The borrower does not have to make any repayments for the first 12 months, with the government covering the first 12 months’ interest payments. Under a Pay as you Grow scheme businesses will have options to:

The government has announced that as part of the Winter Economy Plan it intends to allow CBILS lenders to extend the term of a loan up to ten years.

The government is also extending the CBILS and BBLS to 30 November 2020 for new applications.

Applications for the Coronavirus Large Business Interruption Loan Scheme and the Future Fund will also be extended.