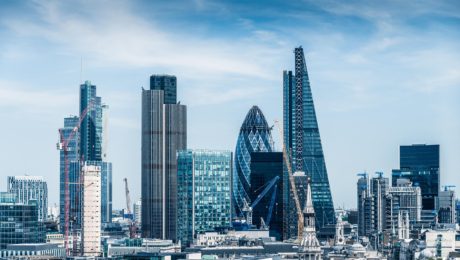 Over 3,000 UK businesses have voluntarily repaid over £760m in furlough grants to HMRC that they did not need.

According to the national accountancy group, furlough grant money that many businesses in the UK claimed at the beginning of the pandemic has been paid back to HMRC by 3,777 companies. The money, estimated at around £760m, was claimed but not actually needed as businesses later realised, they were not impacted as badly as first anticipated.

The furlough scheme was intended to support business that have been impacted by the pandemic and were unable to maintain their workforce. Many of these businesses claimed the furlough grant as a precaution in case of financial difficulties in the future.

‘Many businesses are beginning to realise they acted hastily when claiming furlough money and are doing the right thing by handing it back to HMRC.’

HMRC is now shifting the focus onto businesses who have incorrectly claimed the support money, as it was announced in the March 2021 Budget that £100m would be allocated towards the new HMRC Covid fraud taskforce. This team was set up specifically to investigate fraudulent claims under multiple Covid-19 support schemes.

There is currently no specific requirement for a business to demonstrate that they have been financially impacted by Covid-19 in order to claim furlough grants but with the shift towards investigating cases of fraud, the hope is to encourage more to make voluntary repayments.

Regarding the taskforce ‘It’s expected that HMRC’s Covid fraud taskforce will take a much tougher approach to tackling what it sees as abuse of its schemes. It has taken a ‘softly, softly’ approach so far by issuing nudge letters to those it suspects may have claimed furlough money incorrectly, encouraging them to hand back money voluntarily if necessary. The next stage of its investigations will be much more aggressive.’

The penalties for businesses deliberately claiming furlough grants they aren’t entitled to or overclaimed more than they needed will be considered as a ‘deliberate and concealed’ activity, which can lead to a penalty of up to 100% of the grant.

The furlough grant scheme was a lifeline for many businesses across the UK to survive the Covid-19 pandemic and since its introduction in March 2020, £53.8bn has been claimed by employers and it has protected over 11 million employees. The scheme will continue to 30 September 2021 although the government contribution will be reduced.