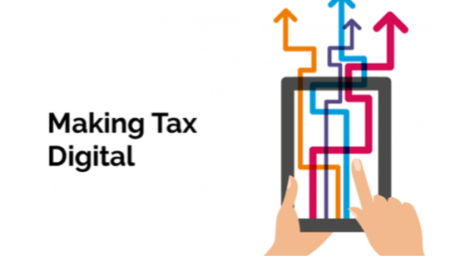 In a statement to MPs today, new financial secretary to the Treasury Lucy Frazer has confirmed that the introduction of Making Tax Digital (MTD) for income tax will be postponed by a year

The quarterly digital reporting for landlords and the self employed was due to start in 2023, but it will be pushed back by 12 months, the second delay to the digitisation programme.

‘The government recognises the challenges faced by many UK businesses and their representatives as the country emerges from the pandemic over the last year. In recognition of this and of stakeholder feedback, we will now be introducing MTD for ITSA a year later, in the tax year beginning in April 2024,’ said Frazer in a written statement.

‘General partnerships will not be required to join MTD for ITSA until the tax year beginning in April 2025.

‘The date at which all other types of partnerships will be required to join will be confirmed later.’

This delay will also affect the introduction of the new penalty scheme for late filing and late payment of tax for ITSA. This will now be introduced for those who are mandated for MTD for ITSA in the tax year beginning April 2024, and for all other income tax self assessment customers from April 2025.

Alongside the regulations – statutory instrument – laid in parliament today, HMRC has also published a tax information and impact note (TIIN) setting out the projected benefit and cost impacts of MTD for ITSA, as well as a policy paper to help different businesses understand what their transition to MTD could look like in more detail.

‘A later start for MTD for ITSA provides more time for those required to join to make the necessary preparations and for HMRC to deliver the most robust service possible, affording additional time for testing in the pilot,’ Frazer said.

‘HMRC will continue to work in close partnership with business and accountancy representative bodies and software developers to ensure taxpayers are well supported as they adopt MTD for ITSA.’

Nimesh Shah, CEO of Blick Rothenberg said: ‘HMRC are buying themselves some time by not introducing MTD for income tax, especially with the new social care levy and the backlog from covid. There’s also the recent consultation on moving the tax year, and aligning the basis period, and various proposals from OTS.

‘This give HMRC some time to deal with the IT infrastructure which is notoriously difficult and to do proper testing of the systems. Government IT projects are fraught with problems and the extension would give HMRC a better chance of ensuring that everything works smoothly.

‘It might even be possible for them to align the MTD changes with the basis period, to bring the tax year in line for all businesses. We’ll have to wait and see what else the government says.’

This delay has also had a knock-on effect on the plans to introduce basis period reporting for the self employed and partnerships, which is currently out for consultation and has come in for some criticism due to the rushed nature of the original time scale, particularly as businesses were recovering from the pandemic.

‘The government has also recently consulted on a reform of the complex basis period rules that govern how self-employed profits are allocated to tax years,’ Frazer said. ‘Many respondents said that the reform was a sensible simplification but asked for more time to implement the changes.

‘In recognition of these concerns, these changes will not come into effect before April 2024, with a transition year not coming into effect earlier than 2023. The government will respond to the consultation in due course providing the next steps.’

The move was welcomed by the Chartered Institute of Taxation (CIOT) as there was a general view that there had been little time for full testing of the rollout or a communications effort to educate taxpayers about the upcoming changes.

Richard Wild, head of tax technical at the CIOT, said: ‘We are pleased that the government has listened to feedback from stakeholders such as ourselves and today announced a deferral of the start date for MTD for Income Tax Self Assessment so that it will now commence from April 2024 (and April 2025 for general partnerships).

‘There is still much to be done to ensure that MTD delivers its purported benefits without adding significant costs and burdens for businesses and their advisers. We would urge HMRC to prepare and publish a detailed implementation roadmap to ensure there is adequate time for software development, testing and communication before April 2024.’

David Menzies, director of practice at ICAS, said: ‘ICAS supports the need for a modern, digital tax administration but the various steps towards this need careful planning and preparation to make it work and to have public trust.

‘There are huge pressures on members’ practices and businesses at the moment as we come out of the pandemic, and changes to tax compliance need to be factored in carefully, so this delay is very welcome.’

Frazer took over from Jesse Norman who lost his Treasury job in last week’s reshuffle and had been instrumental in pushing through the government’s ambitious tax digitalisation programme.

HMRC confirms MTD for corporation tax to be mandated from 2026

In a new consultation HMRC has confirmed that Making Tax Digital for corporation tax (MTD for CT) will not be implemented until 2026 ‘at the earliest’.

The consultation considers how the principles created for MTD could be established for companies within the charge to CT. It outlines the potential design of the MTD for CT system and provides companies with information in regard to what may be required of them following the introduction of MTD for CT.

HMRC is seeking feedback on the plans from companies and agents.

‘We are disappointed that the consultation presupposes that most entities within the charge to CT should be within the scope of MTD before the costs and benefits arising to different parts of the population have been established.

‘If a key purpose of MTD is to encourage taxpayers to become digital then it is not necessary to extend it to CT, as a large proportion of companies are VAT registered and so already in MTD for VAT, or using digital records anyway.’